The radio industry has some new numbers to tout—and they are bold and beautiful. According to the just-released Nielsen “State of the Media Audio Today 2017” report, radio reaches more Americans than any other platform. That includes TV, mobile and PCs. As well, in March 2017, radio reached 125.4 million weekly consumers 18-49, up some 750,000 from the year previous.

“Radio is remarkably resilient. Despite the countless media and entertainment options available today, AM/FM radio continues to be the top weekly reach medium,” says Brad Kelly, managing director of Nielsen Audio. As a result, “marketers and brand managers are rediscovering radio. It is a mass medium that can deliver targetability and message frequency in markets large and small.” 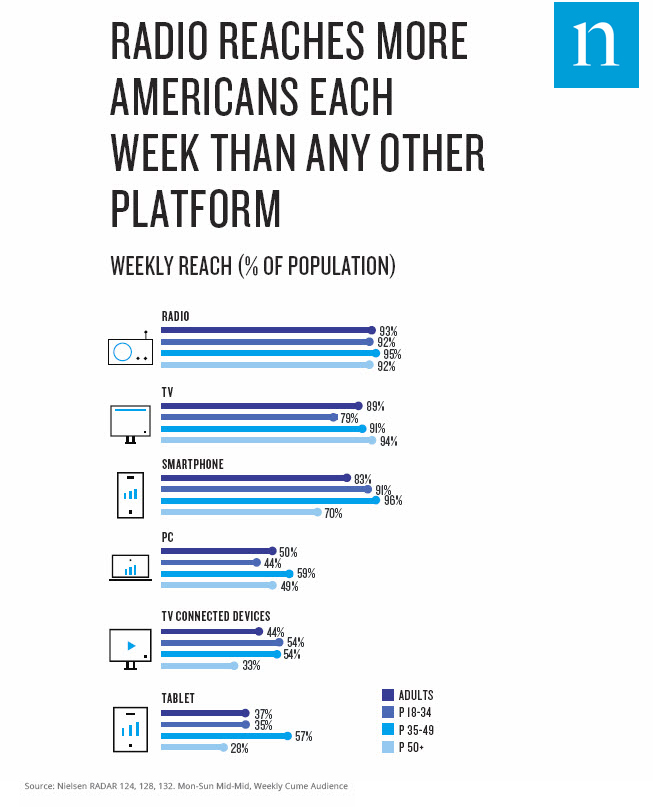 Kelly adds that consumers “tune in when and where it counts,” both outside the home and specifically, in the car as “a huge part of the radio ecosystem.” He says that this gives advertisers an opportunity to “uniquely deliver their message just prior to purchase.”

Ready to find out how traditional radio still packs a punch?

Want to join the discussion?
Feel free to contribute!